This content has been written and checked for quality and accuracy by
Dr. Laurie Rice Content Administrator Updated on: 10/07/2021 Next review: 10/01/2022

There are several kinds of allergies that can appear on the human body. The only way these allergies can attack a person’s body is if their immune system reacts to anything which is a foreign substance to it. These substances that are responsible for causing allergies may include venom, pollen grains, dust, bacteria, virus, and Dander of an animal or even something present in the food. Some people are prone to food-related allergies, but for some people, it can be a life-threatening situation if they consume anything they are allergic to.

In a human body, the immune system works to produce antibodies. If a person has any kind of allergy, his immune system will release an antibody in response to that allergy. The body will later identify the substance which may or may not be lethal. When you come in contact with an allergen, your body shows some warning signs such as blockage of airways, inability to digest anything, swollen red skin and sinuses. Allergic reactions vary from one person to another and can be of minor inconvenience or even deadly to them if proper treatment is not given. 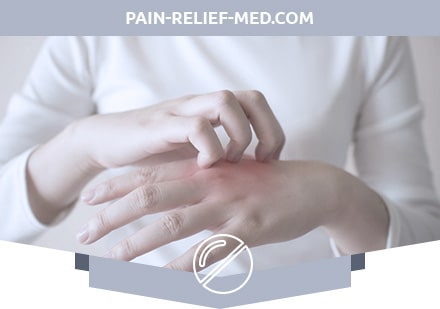 Some of the most severe allergies have been discussed below

Eczema is also called as Atopic dermatitis. This allergy can come and go with time but demands constant care and medication. Eczema may lead to severe dryness and itching of the skin which can become worse if left untreated. Eczema is common in infants and kids, but it gets better with time. This allergy in adults is quite chronic that can lead to inflammation and constant redness in the skin. Use of medicines can prevent the symptoms for a while, but if a person is not careful, it can come back.

Some of the major symptoms of eczema include

For adults, the doctor may prescribe an ointment that is steroidal and has antihistamine properties. People with eczema are often suggested to stay away from tough cleaners and anything that can cause itching. They should wear gloves when doing any harsh chore and should drink plenty of water to keep the skin hydrated.

Food allergies are quite common around the world. Every other person is allergic to something edible. These kinds of allergies are found in both babies and adults, but the severity may differ.

The most common symptoms of food allergies appear on the skin or in the GI tract.

Some of these symptoms may start to appear at least after two hours of ingesting the allergen, but some of them may react in your body within a minute.

Food allergies can be very lethal and may lead to an anaphylactic shock. Using epinephrine/adrenaline is the first line of treatment if anything like that occurs. Your doctor will also give you an auto-injector of epinephrine in case you have consumed an allergen and cannot come to the ER right away.

It is also known as Hay fever. Rhinitis from an allergic reaction is an inflammation of the nose that occurs when an allergen comes in contact with your respiratory system. This allergy often shows itself at the age of two years but can also attack during the early 20s. It is one of those allergies that affect the greater population of the world in contrast to others.

Some of the major symptoms of hay fever are:

The doctor may prescribe you an intranasal corticosteroid if your symptoms are permeant. Another course of treatment includes using decongestants, antihistamines, and nasal irrigations. These medicines can be given in the form of oral medication that an adult can take according to their doctor’s instructions.

Urticaria is also known commonly as hives. It is a more severe kind of skin rash that can make itchy bumps appears on your body. These rashes can sometimes itch so much that they give burning or stinging sensations. Usually, thy last for a few days and can be treated properly, but in a very few cases, the conditions have reoccurred and have become uncontrollable.

The causative agents of hives are:

Avoiding triggers is the first line of action when treating hives. Apart from that, the doctor may prescribe a good antihistamine to be taken orally. Other than this, glucocorticoids are also used to keep the symptoms of hives under control. Anti-inflammatory medications, immunosuppressant, dapsone, and omalizumab are some of the other agents that can be given in the form of ointments to recover the patches on the skin.

When asthma attacks a person, it narrows and swells the airways and starts producing extra mucus in the lungs. If this happens, a person may become unable to breath properly and will have constant wheezing, coughing and shortness of breath. There is no cure for asthma, but proper medications and drugs can easily manage it.

There is no permanent treatment for asthma, but with medications, asthma attacks can be prevented and managed in the long run. Inhalers such as bronchodilators are prescribed to the patients with asthma which can open the obstruction in airways quickly. Other courses of medications may include the use of leukotriene modifiers; theophylline and inhaled corticosteroids can also be given to the person depending upon the severity of the case and the frequency of attacks.

There are so many insects that can bite people, and even though their sting is not much harm to normal people, it can become lethal to people who have developed an allergic reaction to them.

The major causes of an insect allergy are:

Among all these cases, the honeybee is the only insect that leaves its stinger behind. The stinger is snide, and the bee dies immediately after biting.

As a first step, the doctors take care of the emergency treatment of all the symptoms related to insect allergy. After this, they give preventive medications to the patient along with immunotherapy from the venom. Insect bites can be very lethal and can progress into a person body very fast, so a patient needs immediate medical attention; otherwise he can go in an anaphylactic shock.

Your eyes may become red and leak water if they come in contact with any kind of allergen. These allergens lead to the inflammation of eyes and attack the conjunctiva which is an inside layer of eyelids and eyeballs. This allergy occurs the most during hay season and is potentially harmless to the person.

A combination of treatment measures is taken if allergic conjunctivitis has to be treated. The patient is suggested to lessen his exposure from dust, dyes, chemical, and cosmetics. OTC antihistamines are given orally so that the histamine release from the eye membrane can be reduced or blocked. Other than that anti-inflammatory eye ointments and eye drops are prescribed to shrink the blood vessels that have been congested due to an allergic reaction. Some doctors also give steroidal eye drops for fast recovery.

It is an allergic disease of an eye which is particularly found in young age boys. It happens mostly with those people who already have a history of atopic diseases running in their family. If there is eczema, rhinitis or asthma in their genes, they are more likely to develop this allergy as well.

Some of the most significant signs of vernal kerato-conjunctivitis are:

The patients are suggested not to rub their eyes in order to avoid further damage and irritation of the cornea. Many cases of vernal kerato-conjunctivitis can be cured at home through lubricating eyes drops, OTC antihistamines such as using Benadryl. Patients can also put a cold compress on their eyes to get relief from itching, redness, pain and burning sensations.

Certain proteins are found in the skin cells of an animal. If somehow these proteins get entered in your system you can get an allergic reaction. Usually, this kind of allergy is activated by dead skin flakes aka dander of animals. Apart from their skin, their saliva, feces, and hair can also become a root cause of allergy.

The only treatment of pet allergies is to treat the underlying symptoms. If you are allergic to a cat or a dog it is better if you don’t keep one in your house. To reduce nasal symptoms, the doctor may give steroid containing nose spray, antihistamines, and anti-inflammatory medicines orally. To treat redness and eye pain, the doctors give antihistamine eye drops as well as ointments for fast retrieval.

Sinusitis is one of the leading health problems in today’s world. Every year, so many people get affected by this allergy, but people whose immune system is weak and are already open to allergies are at very high risk.

For treating sinus infections, antibiotics are the main course of action. These medications take about a week or two before making the patient healthy again. Apart from anti-biotics, some doctors also give nasal sprays, antihistamines and pain killers in order to minimize the patient’s agony and for fast and better recovery from the attack of bacteria or viruses.