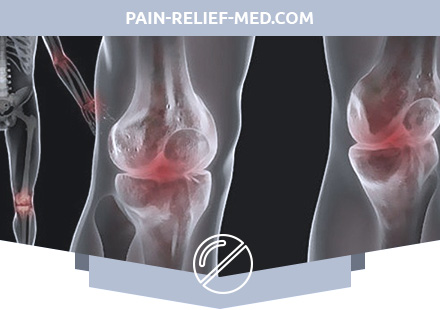 What is Palindromic Rheumatism?

Palindromic rheumatism is an extremely rare form of inflammation of the joints and periarticular tissues, characterized by sudden short and completely reversible attacks. The disease was first described by P. S. Hench, E. F. Rosenberg (1944), who used the term “palindromic” to emphasize the repetitive, recurrent nature of the process.

The etiology and pathogenesis of palindromic rheumatism have not been established. The pathological basis of the defeat of the synovial membrane and periarticular tissues is their non-specific inflammation.

Symptoms
Arthritis begins suddenly, usually in the afternoon, reaching a maximum of clinical manifestations within a few hours. Pain, swelling, hyperemia and some restriction of movements in one, less often in two joints, are noted. Most often, the shoulder, wrist, small joints of the hands, ankles, knees, temporomandibular joints and the cervical spine are affected.

The intensity of pain in the joints can be different – from minor to painful, tearing. An attack may resemble an attack of acute gouty arthritis. In 1/3 of the patients, changes in the periarticular tissues are found in the form of small subcutaneous nodules, which last most often for several hours, occasionally 3-7 days. They are localized on the extensor side of the small joints of the hands and feet, above the palmar aponeuroses. In addition, areas of dense edema resembling Quincke edema, but without itching or burning, may occur above the muscles around the affected joint.

Joint and periarticular symptoms are not accompanied by fever, chills, etc. Only in the most severe cases, ESR is slightly increased and there is a slight increase in the number of lymphocytes (up to 40-50%). X-ray changes of the skeleton of the joint are not determined; on an x-ray in the midst of an attack, one can only detect an increase in the intensity of the soft tissue shadow as a result of periarticular edema.

Flow
The process spontaneously undergoes reverse development within 1-2 days, rarely 7 days. Relapses occur at irregular intervals, sometimes quite often – several times a month, without causing persistent changes in the joints and without affecting the functional state of the patient. Disability is extremely rare, in the midst of acute articular manifestations. With relapses, there is no tendency to damage the same joints, each time the process has a different localization.

The diagnosis is made on the basis of a kind of “instantaneous” onset, short duration of attacks, lack of signs of systemic lesions, dense edema of periarticular tissues. The presence of morning stiffness, at least a slight increase in ESR in the intervals between joint attacks, the defeat of the same joints at each of them, especially the small joints of the hands and feet with minor residual effects, the stability of subcutaneous nodules require a review of the diagnosis of palindromic rheumatism in favor of RA.

During acute attacks of arthritis and periarthritis, NSAIDs are prescribed. Prevention measures are not developed. Sometimes it is possible to prevent repeated attacks of cryotherapy or Dnicillamine. However, it is possible that in such cases, early RA may occur, the development of which is suspended during treatment.

The prognosis in terms of recovery from palindromic rheumatism is poor, although disability in patients never develops.